Suzanne Hinman holds a Ph.D. in American art history and has been a curator, gallerist, museum director, professor, and an art model. She owned an art gallery in Santa Fe and then served as director of galleries at the Savannah College of Art and Design, the world's largest art school. Her interest in the artists and architects of the American Gilded Age and the famed Cornish Art Colony in New Hampshire grew while associate director of the Hood Museum of Art at Dartmouth College. The author continues to reside near Cornish as an independent scholar.

A note from Suzanne--if you purchased a copy of the book outside of a booksigning, just send your mailing address and instructions as to how you would like it inscribed via the contact page, and I would be delighted to send you a special signed bookplate!

The 2020 Hitchcock Book Award from the Victorian Society in America 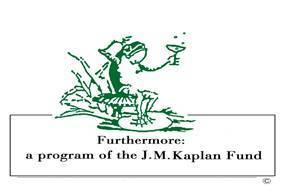 Blog interview with Suzanne Hinman
"My Book, the Movie"

Who would you cast?

Published by Syracuse University Press in May 2019, it is available in hardback and ebook variously at http://syracuseuniversitypress.syr.edu, Amazon.com, barnesandnoble.com, and your local independent bookstore. The paperback will also be available May 23, 2020.

"What a splendid book!"  -
Paul R. Baker, author of Stanny: The Gilded Life of Stanford White

The Grandest Madison Square Garden tells the remarkable story behind the construction of the second, 1890, Madison Square Garden and the controversial sculpture that crowned it. Set amid the magnificent achievements of nineteenth-century American art and architecture, the book delves into the fascinating private lives of the era's most prominent architect and sculptor and the nature of their intimate relationship. Hinman shows how both men pushed the boundaries of America's parochial aesthetic, ushering in an era of art that embraced European styles with American vitality. Situating the Garden's seminal place in the history of New York City, as well as the entire country, The Grandest Madison Square Garden brings to life a tale of architecture, art, and spectacle amid the elegant yet scandal-ridden culture of Gotham's decadent era.

"Suzanne Hinman's deeply researched account of the building of the second Madison Square Garden by architectural firm McKim, Mead & White transports readers to the surprisingly salacious Gilded Age. Consider the tangled romantic lives of the men involved: married artist Augustus Saint-Gaudens, sculptor of the building's famed nude statue of the goddess Diana, penned love letters to architects Stanford White and Joseph Wells, while having a child with his mistress. And then there's the tale's denouement, the so-called "trial of the century," after White was murdered during a performance at Madison Square Garden. Harry Kendall Thaw claimed the crime was revenge for White's affair with Thaw's wife, the young actress Evelyn Nesbit, but Hinman suggests that the two men may have had a romantic falling out of their own."